Hollywood’s best collective for creatives in the TV and Film Industry. Writer’s Mob is a collective for aspiring diverse writers, storytellers, and content creators. It was created by 1oneninety5 as an incubator, offering a myriad of courses created and taught by working industry professionals. The “Mob”, as it is affectionately called, strives to be the answer to the lack of diversity in writers’ rooms across Hollywood. The site was developed by Muidem Media as an entry point for Talent. The site is designed to market, promote and facilitate online Workshops, Panels, Virtual Learning Sessions, and as a Talent Database for Actors, Writers, Directors, and Film Producers. 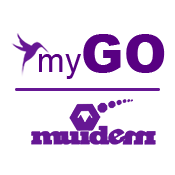